The functions of both the Board of Directors and Standards and Practices Committee are as follows:

Function of the Board of Directors

Function of the Standards and Practices Committee

Nominees & Results for TTAO Executive Board and Standards & Practices Committee:

Board of Directors – Chair-Elect Ezekiel Morgan has worked with UIL for more than 27 years, judging on all levels including State. Ezekiel graduated from the HSPVA in Houston and received his BA from Prairie View A&M University with an emphasis on acting/directing and a MA in Counseling and Education Leadership and MA in Theatre from Texas A&M Commerce. He studied abroad at Williams University with The Williamstown Theatre Festival. Ezekiel received several accolades in theatre from acting to directing to producing. Among the honors; Ezekiel was the Winner of the Prestigious Irene Ryan award (ACTF) Regional Winner and a  Runner-Up National Winner; winning 3 out of 4 awards at the Kennedy for the Performing Arts in Washington D.C. He has been a guest director for several productions in and out of the state of Texas.

Ezekiel is the Founder and Artistic Director of UTAKE -1 Productions. As founder and Artistic Director he continues to strive and “Create Worlds that No one knew existed.  He currently is a Theatre Professor at Blinn College-Brenham. Ezekiel served as a Committee member on the Standards and Practice of Adjudication and on the Board of Directors of TTAO under Chairpersons: Paula Rodriguez, Perry Crafton, Travis Springfield, Dr. Jerry Ivins, and Mark Pickell. Ezekiel has assisted TTAO from training new adjudicators to conducting workshops  under the previous Chairpersons.  Mr. Morgan’s Motto is “Taking Talents to the next level of Perfection”. 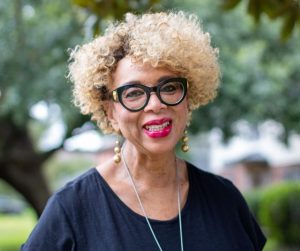 Yvonne J. Phillips-Dupree is a veteran of education who holds a Bachelor of Arts degree from Howard University and a Master of Fine Arts degree from UCLA with a concentration in acting. I am currently retired from the Houston Independent School District after having dedicated many years of service.

Previously, I taught theater arts at Ross Sterling Senior High School for over 20 years and competed at the U.I.L. One Act Play State Meet five times. I have directed professionally at the Encore Theater, the Ensemble Theatre and the Fade to Black Theater Festival in Houston, Texas. I am currently the President of the Board of Directors of the Shabach Enterprise Fade to Black Theater Festival and a Board Member of the Texas Theater Adjudicators and Officials Organization.

Board of Directors – Director-At-Large Omar’s career in educational theater spans over 20 years in San Antonio public schools. His OAP’s have advanced to the district, area and regional levels and as the theater director at Thomas Edison High School, was a State One Act Play finalist in 2011. He believes strongly in the importance of arts education and the OAP to build the next generation of fine arts advocates.

Omar holds a BA in Theater and English from The University of the Incarnate Word and an M.Ed. in Educational Administration from Lamar University. For four years he was the Coordinator for Visual and Theater Arts for San Antonio ISD and is currently the Fine Arts Director for Harlandale ISD in San Antonio. Phillip Taylor has a Master of Arts in Theatre Education from the University of Houston and a BS from The University of Texas at Austin. He is currently a doctoral candidate for the University of Houston. As a director, he advanced to the UIL One-Act Play State Meet in 2011, 2012, 2013, & 2015 winning the State Championships in 2012 and 2013. He taught high school and middle school in conferences 2A, 3A, and 4A, and 5A. He sponsored several other UIL Academic Events and coached students to the State Meet in Prose, Poetry, Persuasive Speaking, CX Debate, and the Barbara Jordan Historical Essay Competition.

He has conducted various theatre/speech workshops and OAP clinics for middle school and high school programs around the state. He also served as a TAPPS One-Act Play Regional & State Judge. He is an active member of TxETA and has served on the convention staff in previous years. He is the Co-Chair for the TxETA EDIA Task Force. Additionally, he is on the Standards and Practices Committee for TTAO and serves as the Chair for the TTAO Core Values Action Committee. Currently, as the Administrative Supervisor of Fine Arts for Austin ISD, he oversees various fine arts programs and initiatives that directly support 130 campuses. 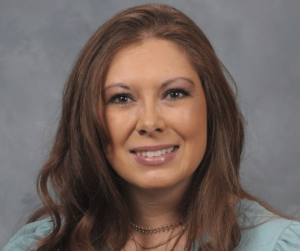 I have been a director for 15 years at Sands CISD directing 30 contest shows for JH and HS OAP. Over those years I have worked the State contest nearly every year, from Teacher Honor Crew and Head Timer to Critique Host and taking on House Managing duties currently. I also serve on the UIL Advisory Committee Board.

I truly enjoy not only the quality of shows but also experiencing the whole contest. I have taken my students to Regionals four times with one trip to State where we were State Runners up with Golden Boy and currently hold 10 consecutive District Titles in Junior High.  Since 2013 I have Contest Managed countless contests and love serving West Texas in this capacity. In 2019 was awarded the UIL Sponsor of Excellence. My passion is theatre and this contest and I would love to be able to serve you on the Standards and Practices Committee for TTAO. Thank you for your time and consideration, stay safe out there and I hope to see you this contest season! I have been involved in the One Act Play world since I was in high school.  I got a full scholarship from Jim Rambo and started my college career in Theatre.  Marriage and children changed my path for a few years but Theatre found me again and became my career.  I have taught elementary through high school, competed in One Act Play, Contest managed all over Texas, and recently certified to judge and had the pleasure of doing that and working festivals.

I am directing again and plan on keeping the judging to keep me busy if I ever decide to retire.  I love the whole process, I love the community of friends that I have gained through this life.  Theatre folks stick together like none other! Presently I am teaching high school at Talking School for Young Women Leaders, and middle school at Dunbar College Preparatory Academy in Lubbock ISD. Dr. Bob Chanda is the Executive Director of the nonprofit Hub Theatre Group and former Senior Administrator of Special Projects at Texas Tech’s College of Visual and Performing Arts and a recipient of a PhD in Fine Arts(Theatre) at Texas Tech University. He is an experienced actor/director both in educational and professional theatre, a UIL Critic Judge, a teacher of acting and directing workshops and a guest judge at one-act festivals. Dr. Chanda has years of experience judging one-acts and working with high school actors both in his capacity as a teacher of UIL workshops and festivals, and in his role as co-owner of the nationally recognized Hub Performing Arts School. I have been a part of the one-act play process as a student, director, clinician, contest manager, and adjudicator. This year marks my 30th year as a UIL participant and I’ve been privileged to judge at all levels from zone to the State contest. My theatre experience includes teaching and directing junior high, high school, and community theatre. I am a former member of the Texas Theatre Adjudicator and Officials Board where I served as Treasurer from 2016-2018 and a member of TXETA.  I am currently employed as an education specialist at Region 9 Education Service Center in Wichita Falls where I focus on Fine Arts, Social Studies, and Title 1 initiatives.